WHAT VACUUM CLEANER IS BEST FOR YOU?

WHAT VACUUM CLEANER IS BEST FOR YOU? 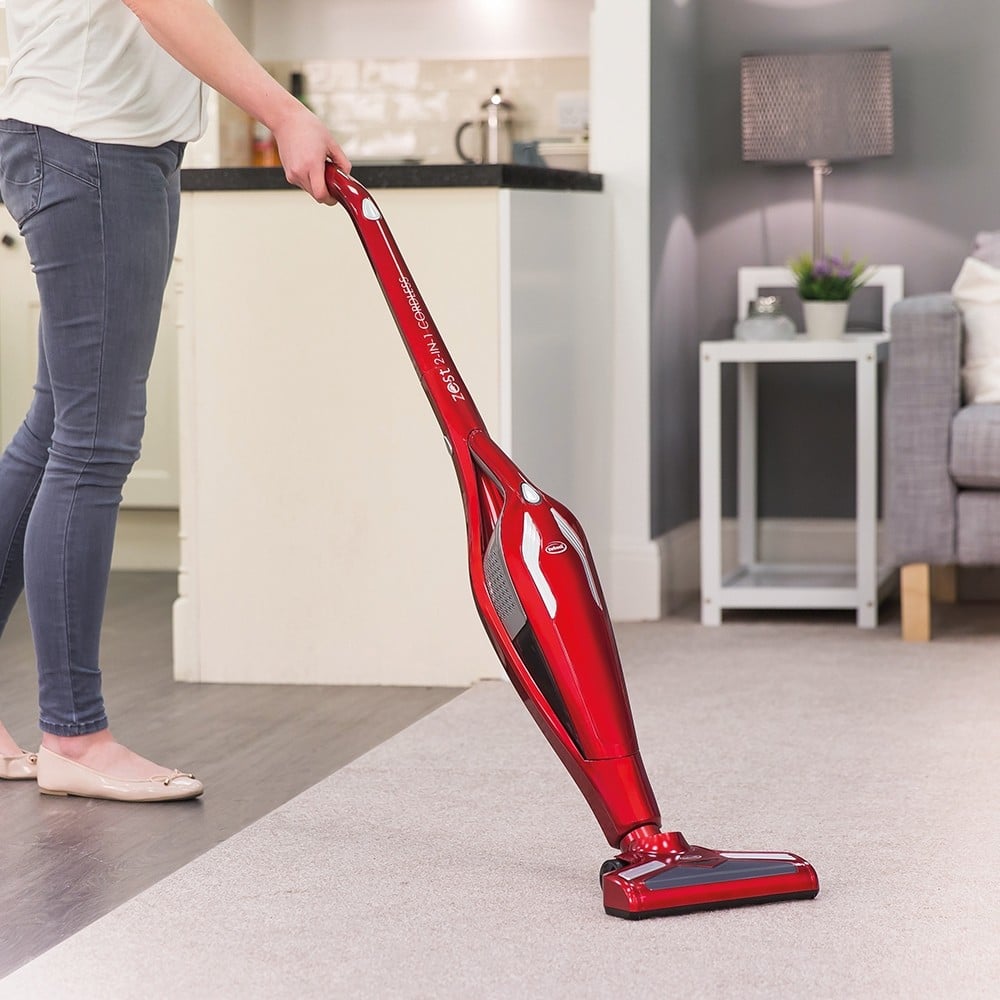 Vacuum cleaners come in all shapes and sizes, from the traditional large upright to the more modern, and sometime miniscule in comparison, 2-in-1 vacuum. With such a broad and varied spectrum come a plethora of choice whether it is styles, features or even whether if it is cordless. However, with so many options currently available it can become rather overwhelming – so what vacuum cleaner is best for you?

Most vacuums can be categorised into three main groups: cylinder, upright and 2-in-1 vacuums, often referred to as ‘stick cleaners’. This is a simple and effective way to begin to separate the wide variety on offer.

A cylinder vacuum is characterised by a compact body and a large hose which has a floor head attached. This floor head can be removed and replaced by an attachment such as a crevice tool, to access the hard-to-get-to areas. They typically have large motors and a large dust container which in turn means more power and the ability to house more dirt.

This is ideal for:

Someone who wants an intense clean and has either:

The downside of this however is that it is therefore on the heavier side. Additionally to this the vacuum trails the user and can be tough to manoeuvre, potentially falling over.

Similarly to the cylinder, an upright vacuum has a large motor and a large dust container but it is taller and sits vertical to the ground. It too has more power, with the ability to house more dirt and so is also typically heavier and not necessarily the easiest to navigate. The way in which an upright vacuum differs is that all of its components (body, handle, floor head etc.) are integrated into one single combined unit. This means that rather than trailed by the vacuum the cleaner is pushed ahead of them, and so it is less likely to catch or fall over.

Another way in which the two differ is that, although an upright might have a hose which can be detached, it is often significantly smaller than that of a cylinder’s. Furthermore, when using the hose the unit can tip if it is extended too far. This is due of the form of an upright vacuum and that its centre of gravity sits much higher.

A 2-in-1 vacuum cleaner is smaller in size, has a smaller motor and has a smaller dust container meaning it is lighter and therefore easier to manoeuvre. It also has the ability to convert into a handheld which makes accessing the hard-to-get-to areas very simple. Because of this however, several features are compensated. A smaller motor does inevitably mean less power, and a smaller dust container does equate to more trips to the bin. In addition to this, if the motor sits close to the handle it therefore means that the centre of gravity is at the top rather than at the middle or at the base. This can result in a strenuous clean, if it is a lengthy clean.

As this is the case, a 2-in-1 vacuum cleaner is suited to:

Vacuum cleaners can also be cordless which further enhances practicality as there is no cord to obstruct the user. However, as the power source is a battery, recharging is required. Motors are typically smaller too which in turn reduces the airflow.

It is important to note that this does not therefore conclusively reduce performance as performance is also influenced by the efficiency of the floor head.

Other factors to consider when choosing the best vacuum for you include whether the vacuum cleaner is bagless; as this makes it quicker and easier to clean, which attachments are supplied with it, and the warranty which it is supplied with.

Any cookies that may not be particularly necessary for the website to function and is used specifically to collect user personal data via analytics, ads, other embedded contents are termed as non-necessary cookies. It is mandatory to procure user consent prior to running these cookies on your website.